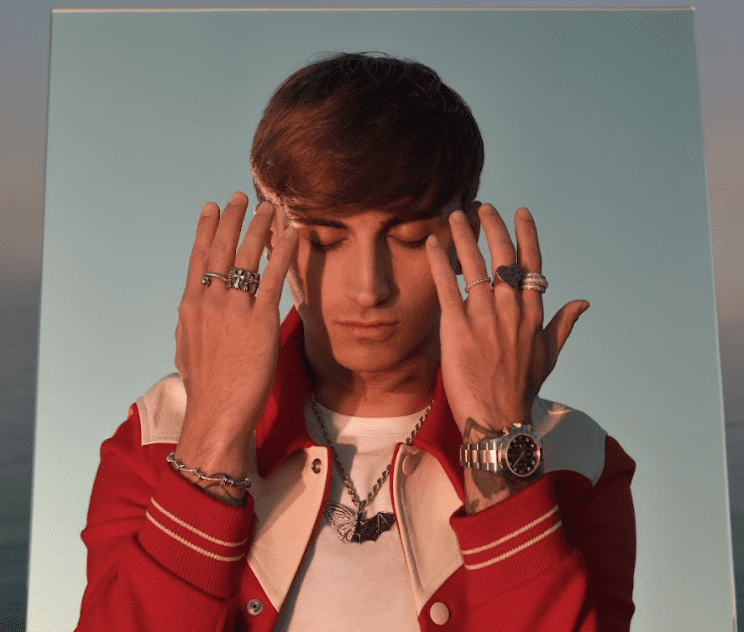 Sick Luke is one of the youngest and most prolific producers in Italy, who is part of this edition of the Festival with his sound universe capable of going beyond any genre boundary, combined with site-specific visuals created by the visual artist Lorenza Liguori.

These works, which blend abstract and realistic universes, combine perfectly with Luke's worldview and his desire to tell his vision of music firsthand, after years spent behind the scenes.

The success of his debut album X2, in which he brought together the best names of the Italian pop, urban and rap scene, mixing artists and genres, finally arrives at Videocittà.

X2 is a manifesto of the current state of contemporary Italian music: a record that with its fluidity perfectly summarizes the sound universe of the producer, starting from trap influences, passing through indie / alternative ones, up to pop and perfectly embodying the spirit of this edition.

He was born in London in 94 to his father Duke Montana, a famous exponent of the Truce Klan, who moved to England with his family in search of fortune. In addition to music, Luke loves video games, sports and horror cinema.

His debut album X2 was ranked # XNUMX in the best-selling vinyls and in the GFK chart of international sales.