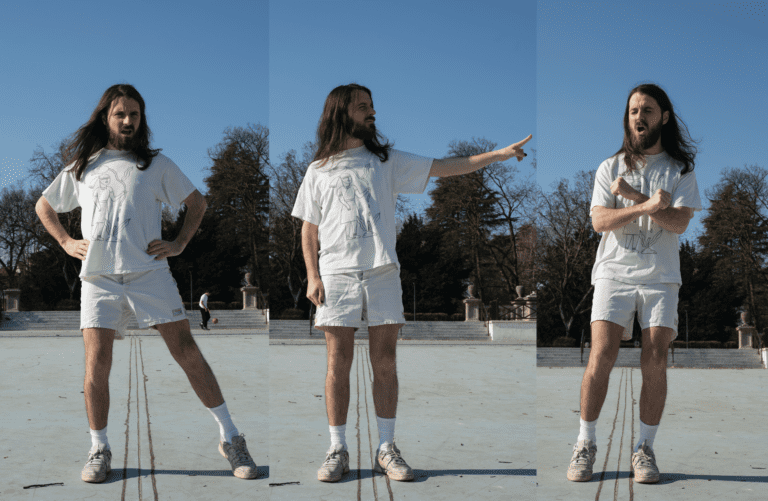 GENERATIONS: FROM A TO Z
NICOLAS BALLARIO MEETS MARTELLI

Who is in control of the world of communication today? Probably all and none. So here is a series of conferences where very different generations can be compared to understand who really influences the world today, from newspapers that no longer exist to new social networks that exist too much. Very different figures will look for the points of division and contact "animated" by Nicolas Ballario, to understand the common thread between great communicators (from music to visual art, from journalism to architecture and much more) who will arrive on stage have more than sixty years of difference.

Martelli with his famous song "Bello bello" conquered the Italian public, but we still know little about him.

Friday 22 July, during his talk with Nicolas Ballario, we will find out more about his musical project, of which he is the author and singer, and we will get to know his plans for the future and his points of view on the world of communication.

HAMMERS
NICE NICE is the song with which HAMMERS presents itself to the public and the jury of ITALIA'S GOT TALENT, the great show for the whole family produced by Fremantle for Sky, premiered every Wednesday on Sky Uno and streaming on NOW (and Tuesday evening on TV8), immediately obtaining an excellent response from the judges. The exhibition in the following days explodes on the web, as well 2,5 million views on the talent's social channel, first in Top 50 Viral Italia on Spotify, on the weekend he entered the top 20 Youtube trends.

HAMMERS, Federico Martelli's alter ego halfway between the big Lebowsky and a character Wessandersonian in aquascape Tenenbaum, sings (and dances) with great irony the everyday situations. Just like hers NICE NICE, dedicated to employers who discredit their employees by believing themselves to be better than them.

Extravagant and surreal, HAMMERS tells unfiltered that thought that crosses you at certain times and that you cannot say aloud, is the liberating and cheeky version in a world where we often find ourselves subordinate to someone or something.