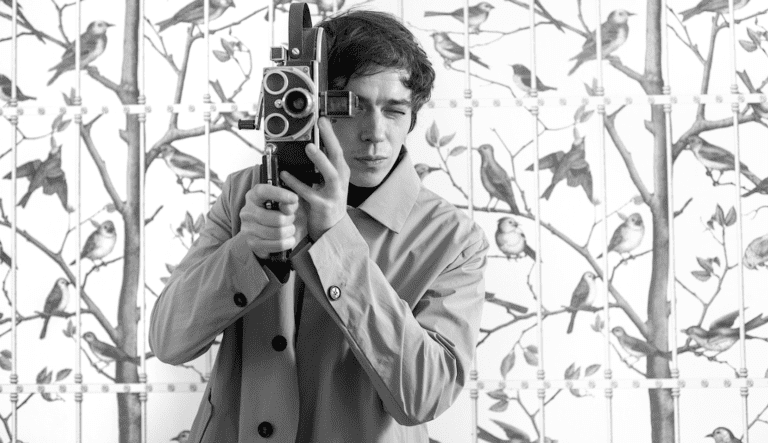 Author of films, commercials, music videos, theme songs, but also creator of kinetic machines that pay homage to the pre-cinema season, Virgilio Villoresi is one of the most significant figures in Italian and international animation. His ability to build suggestive and colorful miniature theaters where two-dimensional and three-dimensional elements interact, make his work unique in his genre.

Villoresi is a bricoleur artist who continually surprises the viewer in the space of a few seconds or minutes, immersing him in his phantasmagoric imagery, linked to the visual culture of the nineteenth century, but projected towards the future.

He will share a dialogue with Videocittà Bruno di Marino, his experience, straddling a constant transition between the analog and digital world.

Virgilio Villoresi lives and works in Milan. Filmmaker of Tuscan origin, defined as a son of the Meliès school. Raised between classical dance, piano and avant-garde theater, after having experienced both musical and visual live shows, he began his cinematographic journey in 2005, with Frigidaire, a short film produced with the technique of step one combined with collage.

Since then he has made author shorts, commercials and video clips for artists such as Vinicio Capossela, John Mayer, Riva Starr, Blonde Redhead and realities such as RAI, Valentino, Smythson, Bulgari, Fendi, Moncler, Fornasetti, Emergency and UN. His commercials and video clips have won numerous awards including Cartoons on the bay (2013), NY film festival (2017), Amsterdam film festival (2017), nomination Young Director Award Cannes Lions (2014).

In 2016 the prestigious Festival International d'animation d'Annecy dedicates an entire retrospective to him.