A set open to the public in which the artists will be asked to perform live with 3 distinct performances, each characterized by a visual intervention with RGB colors. 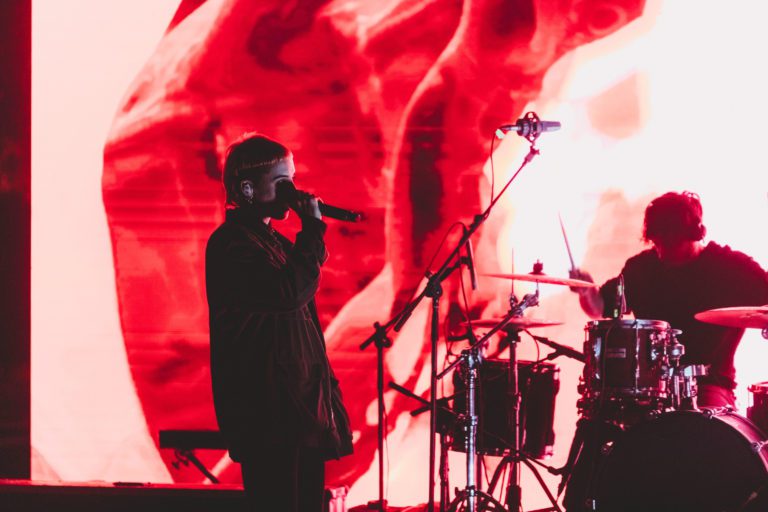 Videocittà becomes creator, previewed on DICE.fm the suggestive performance realized in the splendid setting of the Giardino delle Cascate. RGB live, the Videocittà format dedicated to live performance, as well as to the contamination between music and moving images, meets Asian Fake. The Milanese record label that has distinguished itself for its aesthetics and the refined care of all visual products, an integral part of their production and artistic research. An entire showcase will be animated by site-specific video content curated by the energetic Karol Sudolsky, former author of visuals for Mahmood and for the Missoni fashion house.

I Coma_Things born from the meeting between Fausto Lama and California when, working together as salespeople, they began to share their passion for music and words.
Hence the decision to jump into the void, but holding hands. From the very first songs the duo outlines the traits of a new world in which to invite their audience. It is a landscape inhabited by their “monsters and feelings”, described through an eclectic sound, animated by electronic atmospheres and a strong attention to the value of writing.

Venus lives in Milan, the city from which on November 16, 2018 he launched his first recording project, the EP “A che punto è la notte” published by AsianFake and immediately acclaimed by critics and audiences. The latter sanctioned the artist's fiery debut by giving him several sold outs in the first tour of dates. The subsequent collaboration with the rapper Gemitaiz in the song “Senza di me” (feat. Venerus & Franco126), present in the QVC8 mixtape and to which the young artist lends his pen and voice, has been certified double platinum.

Frenetik & Orang3 are distinguished by their sound capable of blending together electronics and acoustic instruments, both in the studio and live: this fusion, unique to the listener's ear, was defined by the producers themselves with the term "SpaceHop", a name that is it soon became a stylistic figure. They played live and made songs for the major artists of the Italian pop and hip-hop scene: Gemitaiz, Madman, Salmo, Coez, Clementino, Noyz Narcos, Mannarino, Achille Lauro, Francesca Michielin, Emma Marrone and many others.