The animation format presented by Video city, RAI boys and Anica Servizi in collaboration with Cartoon Italia and ASIFA 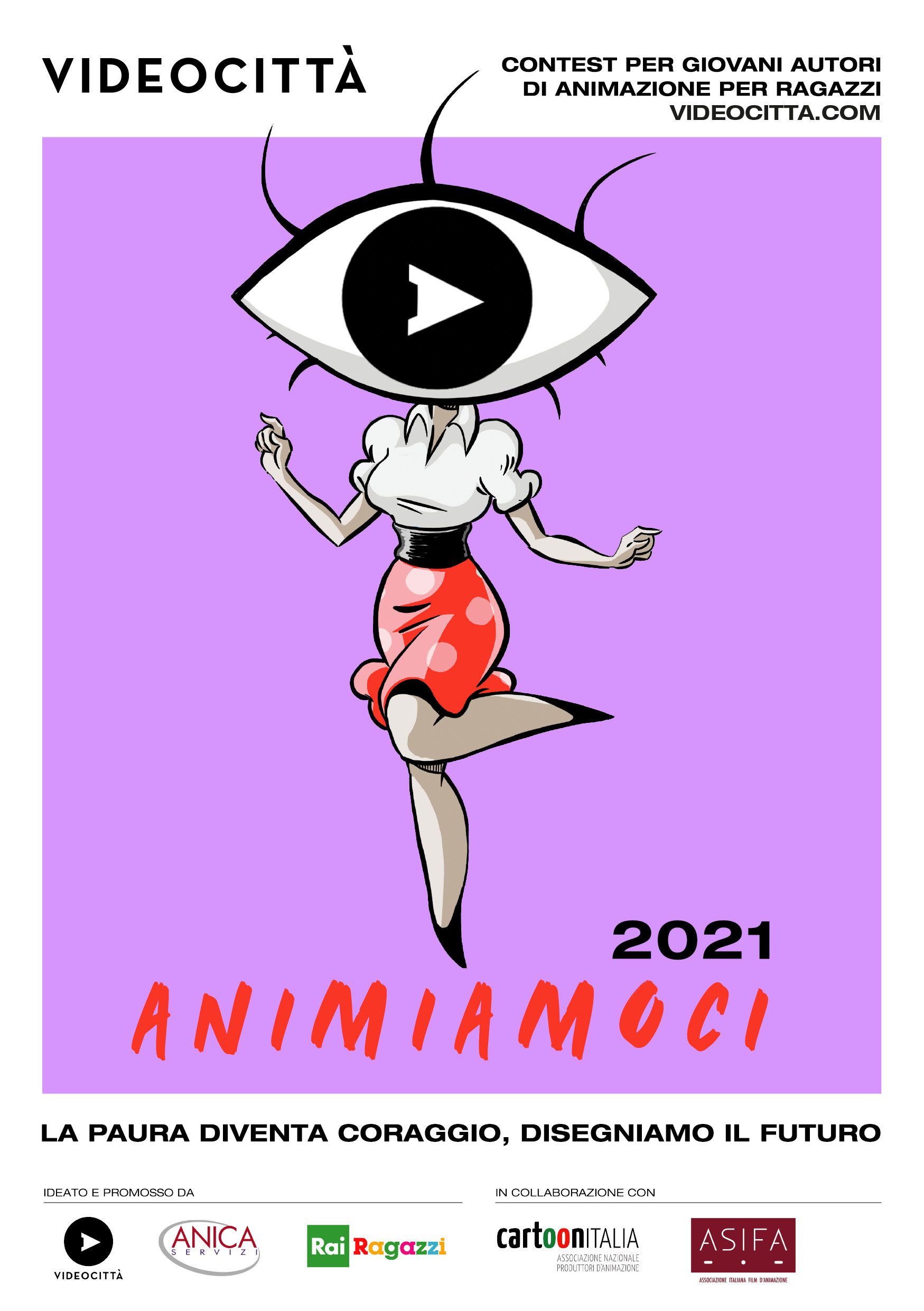 The votes of the jury have concluded which have decreed the 5 winning projects of the second edition of the contest LET'S LIVE - “In a moment of fragility, the beauty of art, culture and innovation connect people's minds and you don't feel alone. Fear becomes courage, we design the future."

Video city, Rai Boys, Anica in collaboration with Cartoon Italy e ASIFA Italy thank the numerous participants. It was a great success with the participation of 62 authors from 12 Italian regions who created 36 original and unpublished projects on the theme of fears which, known and faced, can turn into courage, represent a stimulus for change and an opportunity to see the world from another perspective.

The winners of the second edition of ANIMIAMOCI are:

A LITTLE BIRD TOLD ME
by Francesco Forti (Turin)

Reasons of the jury:

"Set in a school of magic, during the levitation lesson, the short THE MAGIC OF COURAGE by Francesca Morea from Anagni and Antea Tramontano from Naples, effectively tells the story of the little protagonist, who repeatedly mistakes the exercises, between her own disappointment and the ridicule of her companions, but then in an unexpected situation she finds the courage to get back into the game and redeem themselves. With an articulated narrative and captivating graphic proposal, the authors convey a clear message: the importance of self-confidence and knowing how to overcome one's fears, indispensable tools, today more than ever, to build the present and face the challenges of future."

"After a year in apnea it is not easy for a child who has started school in front of a screen, to come back in the presence and meet his new companions for the first time with a thousand insecurities.

Francesca Lupi from Naples and Daniela Cerbone from Castel Volturno with the project OUTOFTHEBLUE convince with a current story, able to tell with a careful and coherent graphic proposal, the fears and courage of the young people who, after a long social isolation, are ready to start again, together, outside the monitors of their PCs. "

"With THE SMALL SENEGALESE GALAGO win Anita Verona from Milan and Riccardo Pezzuolo from Carnate.

Through the eyes of a shy animal from Africa, their story is able to tell a feeling we all share: the fear of failure. The variety of colors and the characterization of the characters manage to enhance the rhythm of the actions while maintaining a simple and fun tone throughout the course of the story. "

"It is night in the land of birds, under the canopy of a large tree a chick runs out of breath, frightened by something.

The project comes from Turin A LITTLE BIRD TOLD ME by Francesco Forti, selected for the second edition of Animiamoci, the contest on emotions.

There is a monster inside us, which stands by our side and appears whenever we feel threatened. They are our fears: of the world, of the future, of others. With a wise taste for the story and a final epiphany, A LITTLE BIRD TOLD ME it unmasks the shame, insecurities, pain and anger that lurk within us and in the prejudice of others. "

"It is the first day of the world and nature is celebrating, but Lucia, a scary little insect, does not find the courage to face the light. The night brings its metamorphosis and hope to all creatures. LUCIA IN THE NIGHT is the beautiful project by Vernante Pallotti da Pescantina and Daniele Zen da Rosà. The drive for change often arises from fear. This message of hope is at the center of a simple story, capable of moving, with a pictorial and very suggestive graphic concept. "